Acupuncture – Nothing to Fear

Most people, when they hear about the benefits of acupuncture, find themselves thinking, “That would be so good for me!” Less stress, more energy, better sleep and digestion… Who doesn’t want that? But for many people, there’s one thing that holds them back from considering acupuncture, fear – from fear of the unknown to fear of needles. We spoke to acupuncturist Jo Thomson who told us there is nothing to fear.

Is acupuncture right for me?

Patients seek acupuncture for a diverse number of reasons. Some come to treat a specific complaint such as; insomnia, menopausal symptoms, pregnancy complaints, muscular-skeletal symptoms such as frozen shoulder, back pain, bladder problems, headaches, sinus problems and Bells palsy, to name but a few. Others come for relaxation, some for help with overcoming emotional struggles and a few turn up without really being able to put a finger on why they want treatment. Whatever the reason, acupuncture treatment is holistic which means the focus is on the individual as opposed to the symptoms which have led you to seek treatment.

I’m scared of needles and worry it will hurt?

Needle apprehension is very common, but acupuncture needles are hair-thin and nothing like the needles we see in a medical setting. Some patients report feeling the needles being inserted, generally described as a small pin prick sensation. Others feel nothing. Beyond the initial insertion, patients describe the sensation as; a tingling, a dull ache, a pulling sensation, warmth or an electrical sensation. The area affected is normally close to the needle but a sensation can sometimes be felt moving up and down the channel being needled. Some patients, on the other hand, feel nothing at all and others have been known to fall asleep! I always ask for feedback and remove the needles immediately if it is uncomfortable.

There are very few side effects from acupuncture when practised by a fully qualified practitioner of traditional acupuncture. Any minor side effects that do occur, such as dizziness or bruising around needle points, are mild and self-correcting.

How many treatments will I need?

There is no hard and fast rule, but as a rule of thumb, patients who have an acute injury tend to need fewer treatments than those who have a chronic or long-standing complaint. I would expect you to feel some improvement after three to six treatments. The feedback that you give is very important as it enables me to adjust the treatment plan accordingly. You may find that as well as an improvement in the symptoms for which you originally sought treatment, you also notice other changes, for example better sleep patterns or a general uplift in mood. Many patients have difficulty in pinning down precisely how acupuncture is helping them but report that they just feel ‘better in themselves’. 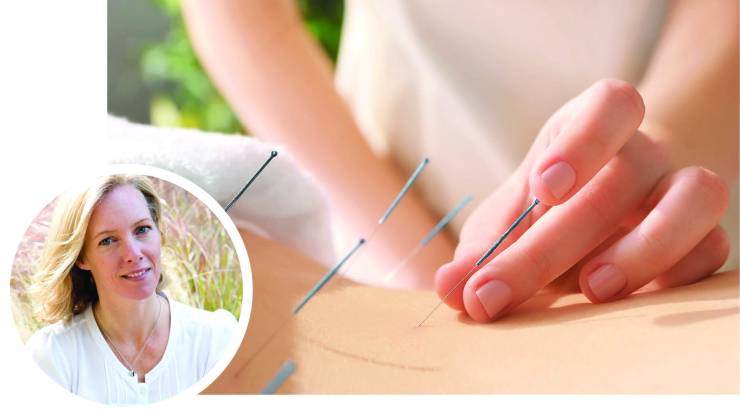 We’re planning our next issue, out early August. If you’d like to be part of it, we offer both editorial and advertising opportunities. Read more online www.yourlocallife.co.uk (in bio)
As we start to acclimatise to life after lockdown, for many of us there are a few habits and routines we would like let go of. But if there’s one thing the coronavirus pandemic has taught us – it is that we need to make a constant effort towards maintaining both our physical and mental health. In our latest issue we speak to @vharrimcminnpt and @jarrien_findingyou who tell us all about their Mindset Group Programme. Online too (website in bio)
Get back to nature and indulge your love of wildlife at the Scottish Seabird Centre this summer Read our feature in the latest issue or online (web in bio).
When it comes to wardrobe staples there are few that work quite as hard as a classic white shirt. Popularised by stars such as Marilyn Monroe and Audrey Hepburn, it can be worn for any and all occasions. Perfectly home-office appropriate, it can also be worn as part of your favourite off-duty look or to Friday night drinks.
Remember all our articles from Ayurvedic Counsellor Bernie Rowen-Ross are online too (website in bio)
Only a few days before our competition closes!!
So fab to have featured these shiny stars in our latest issue. Not only that but they’re our neighbours at the Lighthouse too. @laurathomasco and @denhamstudio have thrived at @the_lighthousenb . Michelle is expanding within the building and Laura is now the third tenant in three years who have outgrown the premises to move onwards and upwards.Such a fab place to work.
Remember all our articles from @kinship.yoga.studio are online too www.yourlocallife.co.uk
Loading Comments...
%d bloggers like this: