Experiencing the benefits of acupuncture for herself over twenty years ago was enough to make Jo Thomson look into becoming an acupuncturist. “That first treatment was a real epiphany for me. I walked into the treatment room an overworked, stressed, exhausted City banker and walked out feeling not completely better, but much closer to being the old me”.

Yet, even with fifteen years experience as an acupuncturist and her knowledge about what leads people to seek treatment and what they say following treatment, Jo says the ability to articulate the wide ranging benefits of acupuncture to those who have not tried it remains as elusive as ever.  She explains; “The thing I hear most often is ‘I just feel better in myself’.  It often takes several treatments for people to feel an improvement in the one symptom that is bothering them most, generally the one that has triggered them seeking treatment in the first place. But during that time they often report an array of mental, emotional and physical benefits that all add up to an improvement in their overall sense of wellbeing.”

Before considering acupuncture most people will ask  how does it work and what does it treat?  Acupuncture is a treatment derived from ancient Chinese medicine dating back over 3,000 years and is underpinned by the concept of Qi (pronounced chee) flowing through a network of pathways called meridians. The belief is that these meridians allow communication throughout the body, through internal organs and out to the body’s surface, which enable the body to function as a whole organism. Qi is not a visible or measurable substance but according to the theory of Chinese Medicine it is the body’s life force, its vital energy. It is this Qi which an acupuncturist seeks to connect with, via the insertion of tiny needles at prescribed points along these meridians, correcting imbalances of Qi, alleviating symptoms and restoring wellbeing.

A member of the British Acupuncture Council, Jo graduated from The College of Integrated Chinese Medicine (part of the University of Kingston) with a Licentiate in Acupuncture in 2004. She runs clinics at  Edinburgh’s Napiers Herbalists and from a purpose-built treatment room in her North Berwick home. Patients turn up with an array of different complaints including; insomnia, menopausal symptoms (flushes, night sweats, memory loss), pregnancy complaints (SPD, nausea, tiredness), muscular-skeletal symptoms such as frozen shoulder, back pain, bladder problems, headaches, sinus problems and Bells palsy, to name but a few.  Others come for help with mental and emotional symptoms such as anxiety and depression and a few turn up without really being able to put a finger on why they want treatment. Jo adds; “I think perhaps these are people who are looking for support in coping with the strain of ever busier daily lives. But, I like to chat to all patients before booking them in for treatment, either by phone or email, so I can understand what they are looking for and let them know whether I think acupuncture might help.” 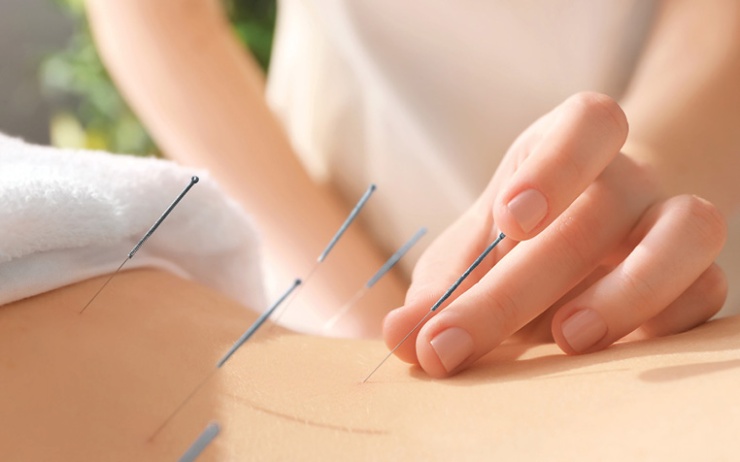