Heritage consultant David Hicks brings us the stories behind some of East Lothian’s historic properties.

Haddington House must have seen many family gatherings over its long history, but surely few more remarkable than the gathering of the Maitland clan in 1745.

The house was already old when Alexander Maitland and Katherine Cunningham moved in, probably around 1670. Alexander was someone of power and influence, through his role as factor and chamberlain to the Duke of Lauderdale. His boss effectively ran Scotland on behalf of the king, dispensing patronage and punishments to ensure the nation’s loyalty.

The original house was built in the early 1600s in an L-shape, possibly on the site of a much older building, with an octagonal stair tower added slightly later. The Maitland’s bought up plots of land surrounding their property, creating a fashionable ornamental garden with a vinery for growing fruit. One of the purchases included buying a doocot from a neighbour, which can still be seen in the garden’s boundary wall today. In 1680 the main entrance was moved from the stair tower to the street front, and a rather grand porch and stairs were added, with the owners initials carved over the door.

This would have been one of the grandest, but also perhaps the noisiest house in the town. Haddington House was a family home, and it was here that many of Alexander and Katherine’s fifteen children were born and raised. At least three of their children died in infancy, but many of the others lived well into old age.

Katherine would have been in her mid-forties when she had triplets, born on 25 August 1675. Haddington House must have been a special place for them, as they held their 70th birthday party there in 1745. They still had many years left to enjoy though, Richard died aged 74 Isobel passed away aged 89, and Anna lived to the ripe old age of 95.

The last resident of Haddington House was Harry Faunt, a market gardener who lived there from 1920 until 1966. Both the house and garden were then bought by the Duke and Duchess of Hamilton, and passed to the care of the Lamp of Lothian Trust and the Haddington Garden Trust. Haddington House is now an office rather than a home, and hopefully those who work there today feel a connection with the place as strong as the Maitland triplets. 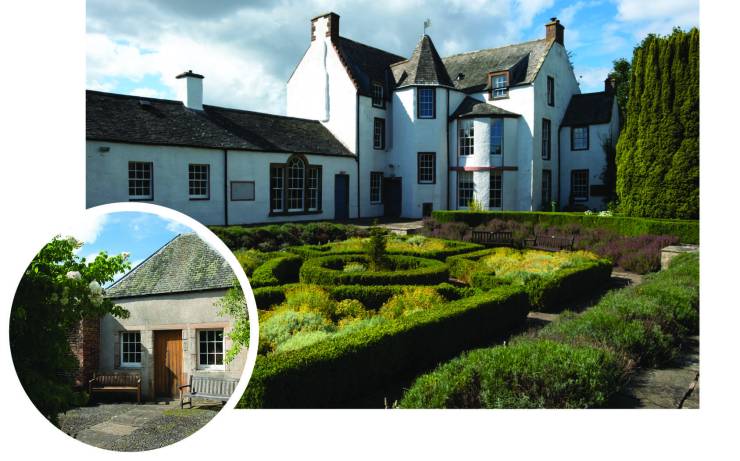